I've tagged myself to complete the Scavenger Hunt Book Tag, which I spotted over on Giovanna @ Book Coma.  I thought this looked like a fun one to take part in, so without further ado here we go!

1. Find a book with the letter "z" in its title or the author's name. 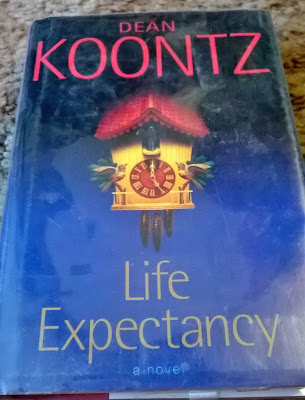 Life Expectancy by Dean Koontz - I have several of his books, but this is the first one that jumped out at me. 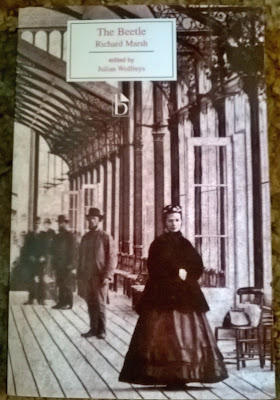 The Beetle by Richard Marsh - If you like weird Gothic Horror from Victorian England, you have to read this.  It actually was released the same year as Dracula, and initially it out performed that novel, but it's virtually unheard of today.

3. Find the oldest book on your shelves. 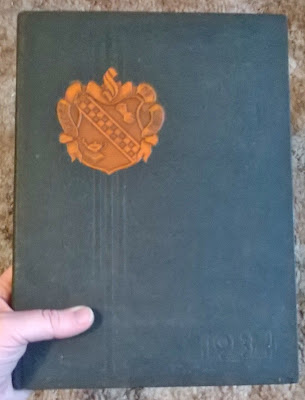 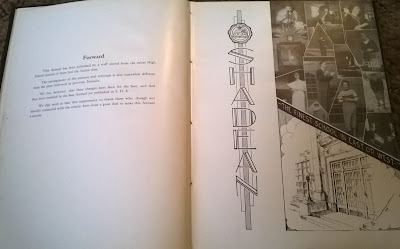 I'm taking a different a different approach to this one - rather than doing the physically oldest book, I'm going to share the oldest yearbook I own.  This isn't one of my personal school yearbooks, but it's one that I've picked up later.  Yes, sometimes I buy old yearbooks if one looks interesting enough.  Anyways, this is The Shadean from 1934 in Shadyside High School in Ohio.  The original owner of the Louise Kirkland, a high school junior in 1934.

Here she is, second from the left:

Here are some of the seniors.  James Davis, middle of the fourth row, has hair that would behave like mine if I brushed it that way, seriously. 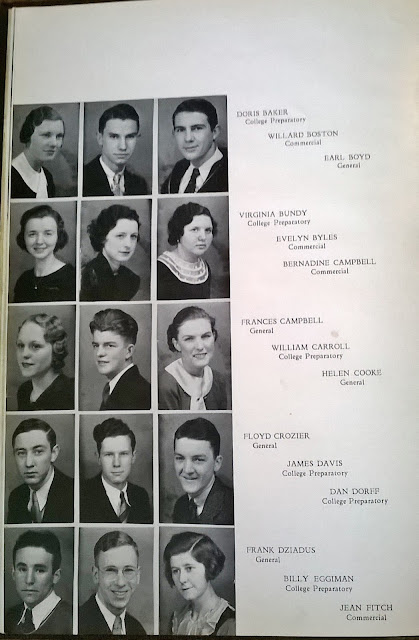 On the opposite of each page of photographs, it features their names, a quote from each student, and a list of their high school activities.  Some of these quotes... Mr. Davis's for example is "Chivalrous as in the days of old." 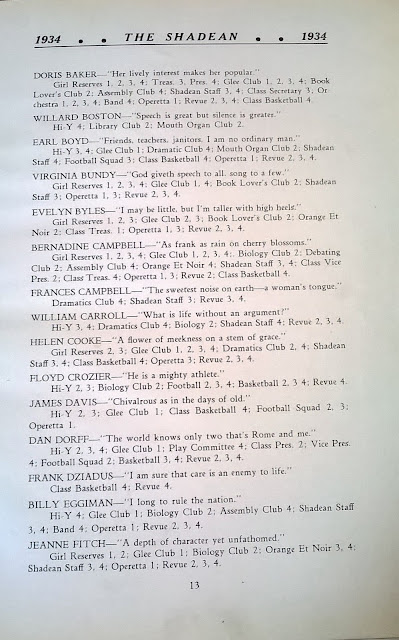 The class history page totally makes me wonder how the class went from 112 students as freshman down to 87 as sophomores.  I'm guessing it somehow ties into family economic situations in the midst of the Great Depression. 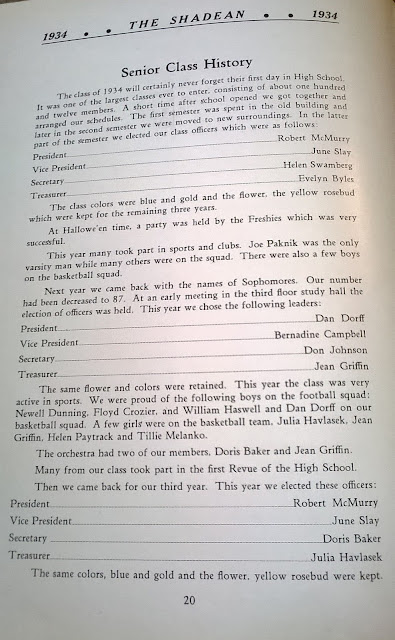 The class will is pretty interesting - I'm sure there are plenty of stories behind some of these things! 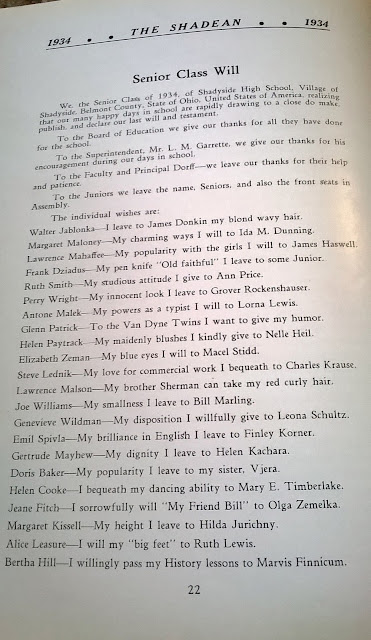 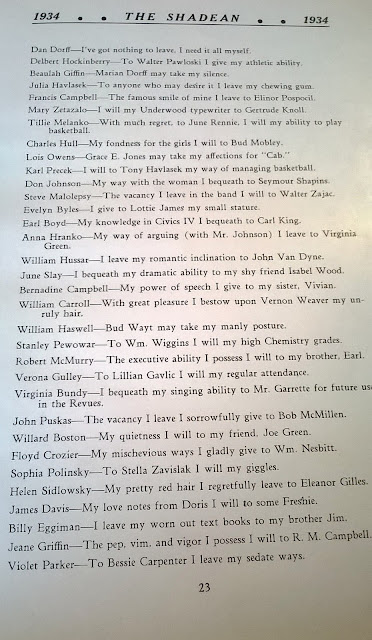 I really like what's going on with the memories page.  Basically, the yearbook staff has predicted what everyone will be doing when their 40 year class reunion in 1974 rolls around. 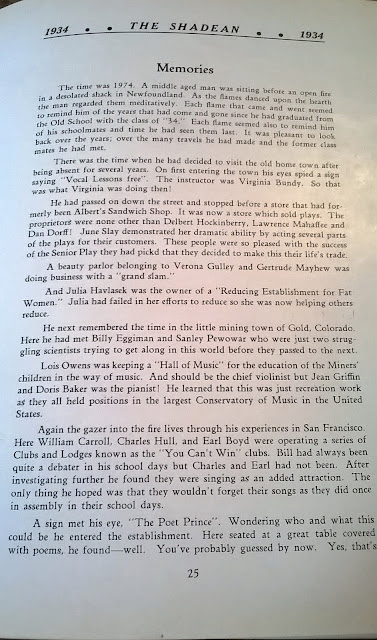 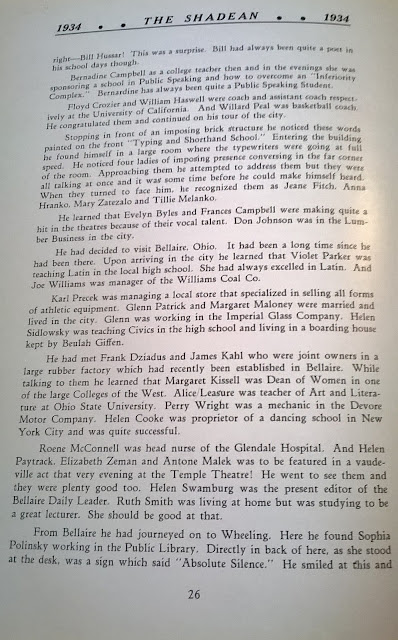 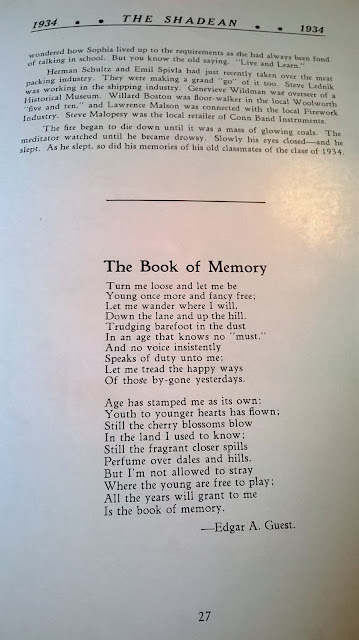 Next up are the juniors, here are some intriguing nicknames / superlatives, plus some really intriguing questions.  Like I mentioned above, I expect there are some great stories behind these! 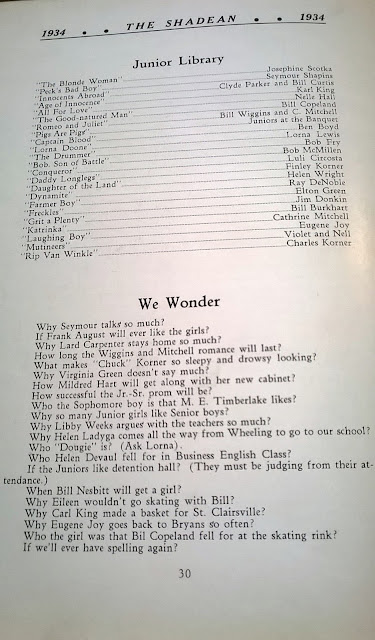 Then we have the football team - total rogues gallery - turns out they won every game of the season (yes, each game is listed in detail on another page). 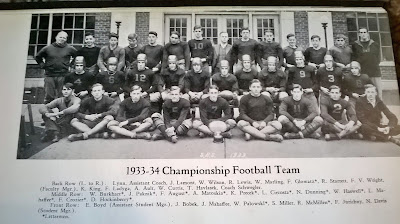 I always like looking at these - so much more casual than the senior portraits. 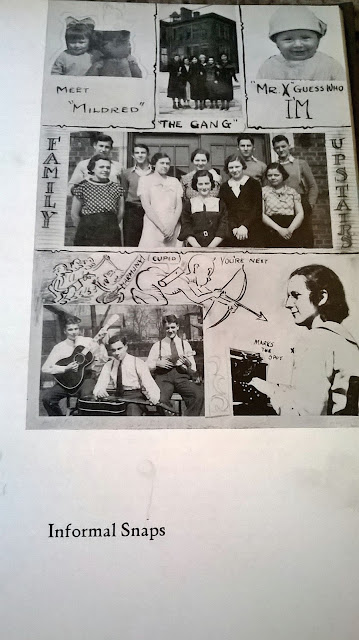 Again, I bet there are some awesome stories behind these! 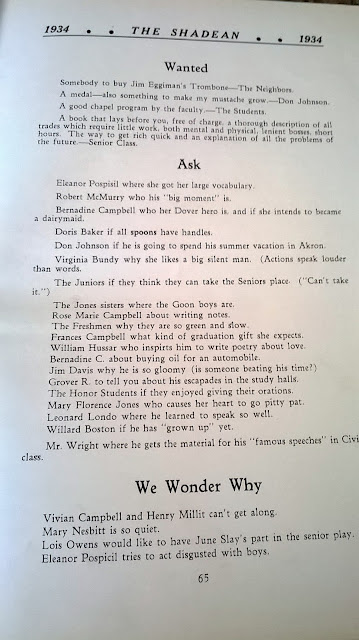 The back endpapers are fantastic in this and still legible - lots of Louise's friends and classmates signed her book and left little comments many of which make me want to know more.  For example, Ruth Mowder (fourth down) says, "How about a ham sandwich?" 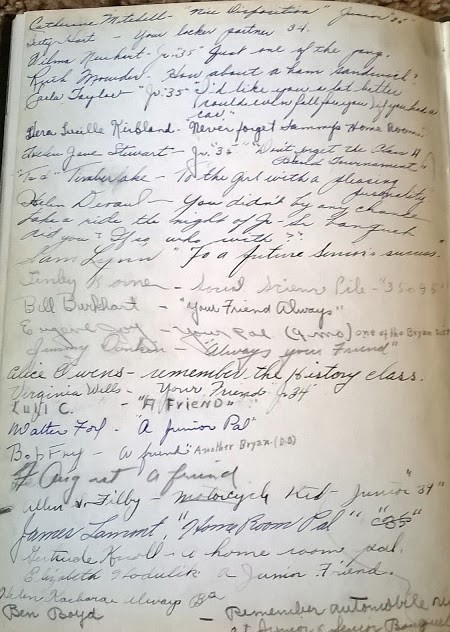 And there's another ham sandwich reference on the other side, too.  It comes from Margaret Dunning (twelfth down): "How about a ham sandwich or maybe a lemon coca-cola."  I want to know what's going on here! 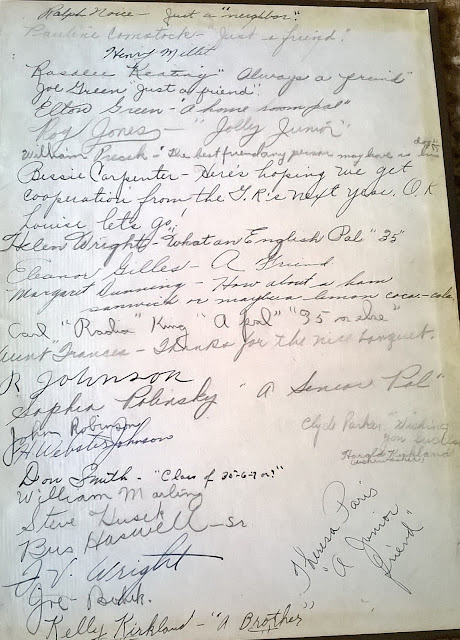 The Door Between by Ellery Queen - All I could come up with for a key!

5. Find something that isn't a book on your shelves. 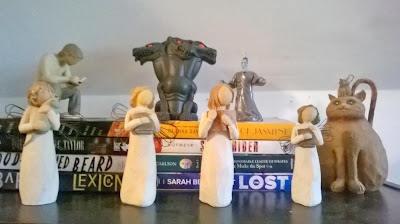 I have some of those Willow Tree figurines, a big cat with a little cat on its head, and Hades (my favorite Disney villain!) alongside Cerberus!  I think those two actually started out life as Happy Meal toys...

6. Find a book with an animal on the cover. 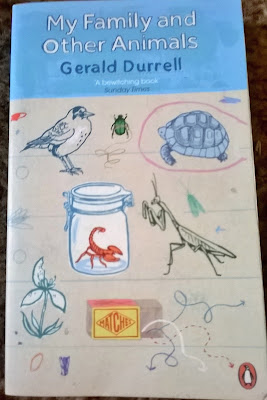 My Family and Other Animals by Gerald Durrell - If you haven't read this hilarious autobiography or the made for tv movie adaptation from 2005 (which aired on Masterpiece in the U.S.), you are really missing out!  The cast of the adaptation is has some real talent behind it, including Imelda Staunton, Russell Tovey, and Matthew Goode.

7. Find a book with a girl on its cover. 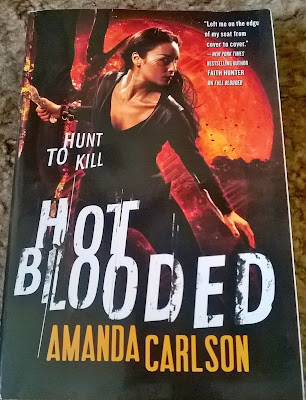 Hot Blooded by Amanda Carlson - I really need to continue this series! 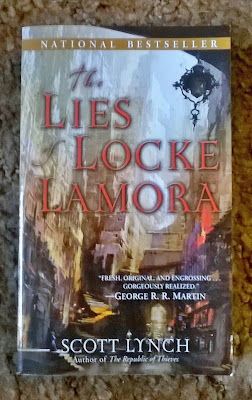 The Lies of Locke Lamora by Scott Lynch - I've had this on my shelf for quite awhile - I really need to get to it!

9. Find a book with stars on its cover. 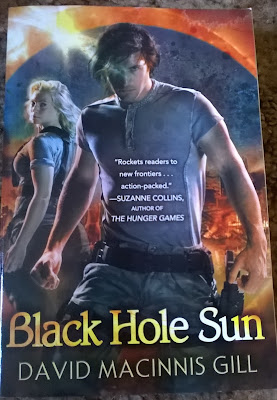 Black Hole Sun by David Macinnis Gill - I suppose this counts, right?  I mean, I think that's technically a star in the background!

10. Find a book with golden letters. 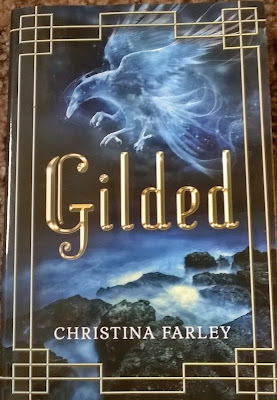 Gilded by Christina Farley - I just found a copy of this novel last weekend at a huge library book sale - it sounds like it has potential.

And, that's it!  I'm not sure who else has taken part in this tag, so if you do want to take part feel free to jump right in.  Just don't forget to link back to me so I can see your responses!