Happy Sunday everyone and welcome to my stop on the Boy of Blood Blog Tour from Fiery Seas Publishing, LLC.  Read on to learn more about this book, the author, and see an excerpt from the story!  On to the tour: 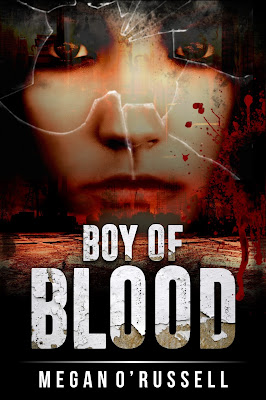 After Nightland’s vicious attack on the domes, the safety and perfection of the world within the glass has been contaminated. Desperate to rebuild, outsiders are allowed into the domes to help, breaking the cardinal rule: outsiders and Domers must always be separated. But the city is in shambles, crumbling into chaos without the Vampers of Nightland to keep order, and one name is carried on the wind: Nola.

Clinging to Jeremy, Nola struggles to find a way to exist in the domes, turning her back on all she learned in the city. But when one of the outsiders brings the dark secrets of the domes to light, the line between survival and murder blurs against the spectre of the dying world.

Can Nola follow the dark path laid out by the Domes? Will the dangers of the night become her new sanctuary?

The sounds coming from the lower level were different from those of the medical area. There were no screams of pain or panic. The Outer Guard were groomed to stay calm no matter what, but the lack of sound was more terrifying than the screams had been. Nola ran down the stairs, but before she was three steps into the hall, a hand reached out and grabbed her. “Nola, what are you doing here?” Blood streaked Gentry’s face and matted her blonde hair.

Gentry’s eyes flicked to the door behind Nola for a split second. “Nola, he’ll be fine. They’re taking care of him.”

“Is he hurt?” Panic surged in her chest. “What happened?”

Another stretcher was being carried down the stairs. The guard at the front pushed Gentry and Nola aside, not seeming to care if he knocked them over. Gentry’s grip on Nola’s arm slackened for only a moment, but it was enough. Nola yanked her arm away and ran toward the door that Gentry’s eyes had flicked to, hoping that it would be the right one.

It was Jeremy, lying on a table, covered in blood. His own blood. Doctors moved around the table, one of them shouting orders to the others. One ripped away the tattered shreds of uniform that covered Jeremy’s stomach.

“No!” Nola screamed without realizing the word had left her mouth, but the doctors didn’t notice the noise.

Ragged gashes cut deep into the flesh of Jeremy’s stomach. Blood poured from a bullet-shaped hole in the center of his chest.

Jeremy’s face was untouched; his helmet had protected him. His eyes were closed, he could have been sleeping.

“What the hell are you doing in here?” A doctor shoved Nola aside, a needle filled with black liquid held in her hand. “Someone get her the hell out of here!” 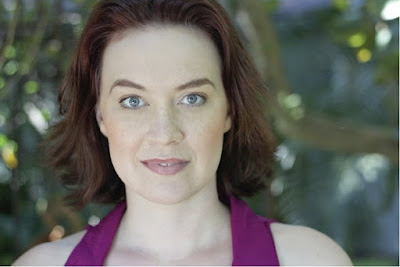 Megan O’Russell is the author of the young adult fantasy series The Tethering, and Nuttycracker Sweet, a Christmas novella. Megan’s short stories can also be found in several anthologies, including Athena’s Daughters 2, featuring women in speculative fiction. Megan is a professional performer who has spent time on stages across the country and is the lyrist for Second Chances: The Thrift Shop Musical, which received its world premier in 2015. When not on stage or behind a computer, Megan can usually be found playing her ukulele or climbing a mountain with her fantastic husband.