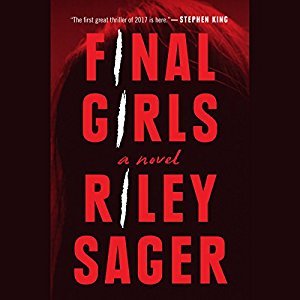 I waited for ages on the hold list for the opportunity to listen to Final Girls by Riley Sager on audiobook. I'd heard a sorts of great things about the novel and luckily, I loved all the twists and turns. Riley Sager is a fantastic storyteller. He is fantastic at building and sustaining suspense, adding great twists and turns, and giving readers satisfying payoff. I was hooked on Quincy's story and I really enjoyed working through the mystery. One of my favorite aspects is how the story alternates between her perspective in the present and back to the night of the murders where we have the opportunity to see a little more. If you need a great new addictive thriller, then you'll need to try Final Girls.

I listened to this audiobook from March 1 - 4, 2018 and my review is also on Goodreads. 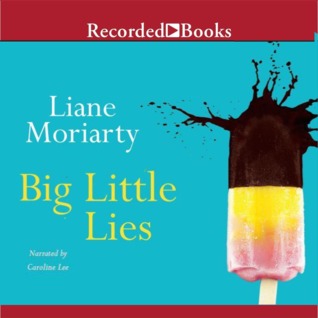 Big Little Lies by Liane Moriarty is not my usual type of read, but it has been to me so many times and I finally decided to give it a try on audiobook. I didn't know exactly what to expect, but I ended up enjoying it more than I expected. All of the main cast were flawed, but incredibly believable - my favorite was easily Madeline. I really liked how the story was broken up with the police interviews - that was a great tonal shift. If you liked watching Desperate Housewives then I expect you'll enjoy this novel as well. 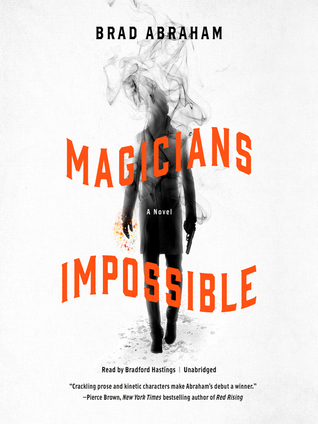 Magicians Impossible by Brad Abraham is a lot of fun and has a lot of potential, but all of its potential is never quite realized. The best way I can describe it is Harry Potter and Harry Dresden meets James Bond, and that's enough to hook me right there. The opening scene of the story is really cool, but fair warning it's pretty bloody. The main part of the book follows Jason as his life takes a dramatic turn. After his father's death, he learns that his father was a mage, an evil group of wizards is after him, and that he needs to develop his natural (if latent) magical talent if he wants to stay alive. My favorite scenes of this book are definitely those training scenes where the mages at the Citadel, a location that's hidden from normal people for mages to train and possibly live safely, as we get to see what type of magic he specializes in. My favorite character was definitely the mage named Allegra. I really wish we got to see a little more of her, but her interactions with Jason are great. This novel also deals with the chose one trope, Jason thinks that's what he is and while Allegra assures him that he isn't, he kind of actually is a special snowflake. Not my favorite way it could have been handled, but it was still fun getting there. My other issue was with the two factions - The Invisible Hand, the good side, and The Golden Dawn, the evil - I couldn't quite figure out their differences and what their ultimate goals were regarding the Sphere. Even though I had some issues with this story, I still had a lot of fun listening to this fast-paced, action-packed, and well produced audiobook.


Have you read any of these books yet?  As always, thanks for visiting my blog and perhaps even commenting down below!