April 03, 2018
Today I’m excited to share my stop for the Book Promo of ‘Aphrodite’s Tears’ by Hannah Fielding. ‘Aphrodite’s Tears’ is a romance novel that will be published in April. And throughout this Book Promo tour there will be some fun and unique teasers to read on every stop. And don’t forget to enter the awesome Giveaway! 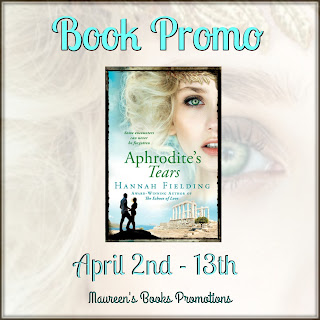 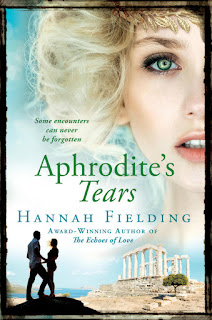 In ancient Greece, one of the twelve labours of Heracles was to bring back a golden apple from the Garden of Hesperides. To archaeologist Oriel Anderson, joining a team of Greek divers on the island of Helios seems like the golden apple of her dreams.
Yet the dream becomes a nightmare when she meets the devilish owner of the island, Damian Lekkas. In shocked recognition, she is flooded with the memory of a romantic night in a stranger’s arms, six summers ago. A very different man stands before her now, and Oriel senses that the sardonic Greek autocrat is hell-bent on playing a cat and mouse game with her.
As they cross swords and passions mount, Oriel is aware that malevolent eyes watch her from the shadows. Dark rumours are whispered about the Lekkas family. What dangers lie in Helios, a bewitching land where ancient rituals are still enacted to appease the gods, young men risk their lives in the treacherous depths of the Ionian Sea, and the volatile earth can erupt at any moment?
Will Oriel find the hidden treasures she seeks? Or will Damian’s tragic past catch up with them, threatening to engulf them both? Hannah Fielding is an incurable romantic. The seeds for her writing career were sown in early childhood, spent in Egypt, when she came to an agreement with her governess Zula: for each fairy story Zula told, Hannah would invent and relate one of her own. Years later – following a degree in French literature, several years of travelling in Europe, falling in love with an Englishman, the arrival of two beautiful children and a career in property development – Hannah decided after so many years of yearning to write that the time was now. Today, she lives the dream: writing full time at her homes in Kent, England, and the South of France, where she dreams up romances overlooking breath-taking views of the Mediterranean.
To date, Hannah has published five passionate, evocative novels: Burning Embers, a ‘romance like Hollywood used to make’, set in Kenya; the award-winning Echoes of Love, ‘an epic love story that is beautifully told’, set in Italy; and the Andalusian Nights trilogy – Indiscretion, Masquerade and Legacy – set in sensual, sultry Spain. For more information about Hannah Fielding and her books please visit her website. Or visit her on Goodreads, Facebook, Pinterest and Twitter. 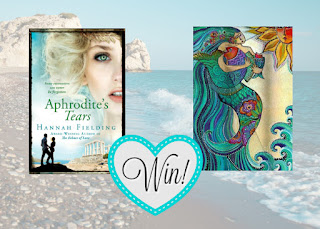 This event was organized by Maureen's Books Promotions. 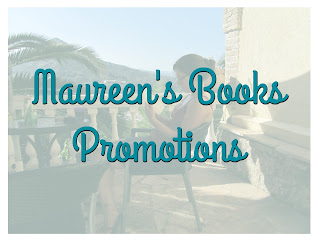