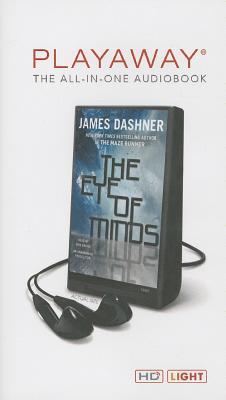 Michael is a skilled gamer. Like most, he spends more of his time in the VirtNet than he does in the Wake (the real world). The VirtNet offers full body and mind immersion and you can play and experience as many games and worlds as money can buy without having to worry about death. The better you are at hacking makes things all the more fun. Recent reports claim that a gamer is going beyond what anyone else has done and is holding gamers hostage in the VirtNet. The effects are terrible because all the hostage have been brain-dead once they return to the wake. No one knows this terrorist's motive. VirtNet Security knows they'll need a top-of-the-line hacker to catch their criminal, so they recruit Michael. Michael will have to go off the VirtNet grid, if he accepts the VNS mission and go places he never thought possible.

I loved delving into Dashner's new world(s) as presented in this book. I enjoy a nice cyberpunk story, and this is pretty fantastic. Just the concept behind the story got me hooked. It's a thrilling, action-packed page-turner (I listened to the audiobook on Playaway, but you know what I mean). It's also pretty good at addressing a variety of issues involving death, war, and AI. I realize the ending has been divisive among readers, but I, for one, really enjoyed where Dashner took the story in regards to Kaine and Michael. The only aspect that could have made it better would have a little more depth to Bryson and Sarah.

I know my review hasn't done the story justice, but if it did I would have moved too far into spoiler territory.

If you like The Matrix, Snow Crash by Neal Stephenson, and Rick Riordan, you will probably love The Eye of Minds by James Dashner.

I'm really looking forward to the sequel, The Rule of Thoughts.